We knew we had an animal living under our deck. The area under the steps is apparently hollow and I imagine makes for a quite cozy critter condominium. I can tell when an animal is under there because Arthur actively and thoroughly sniffs around the deck steps. 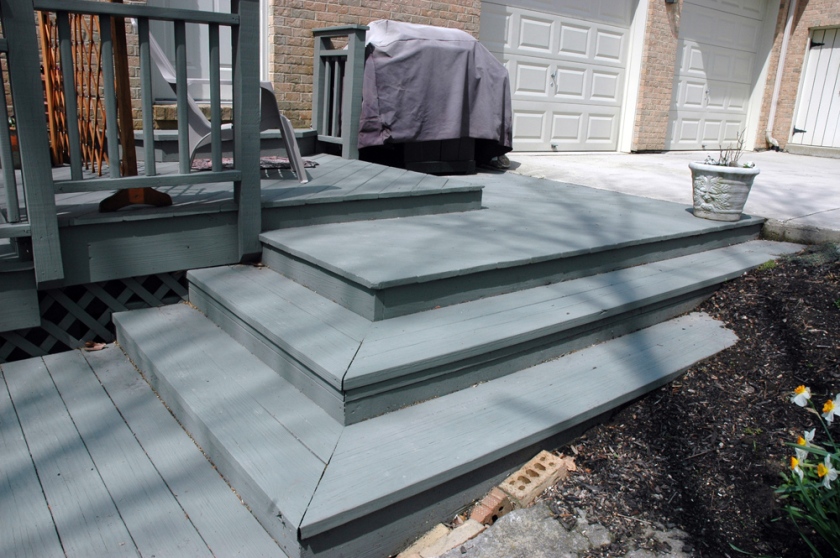 Last year we noticed a large hole, which Arthur was enthralled with, leading to the below-steps-haven. Mark plugged it with a brick. The next morning we found the brick pushed out of the way. So he plugged it with three or four more bricks and so far this barricade has held.

Last week we saw two groundhogs in our garden, so we’re pretty sure they are the inhabitants of our underground residence. 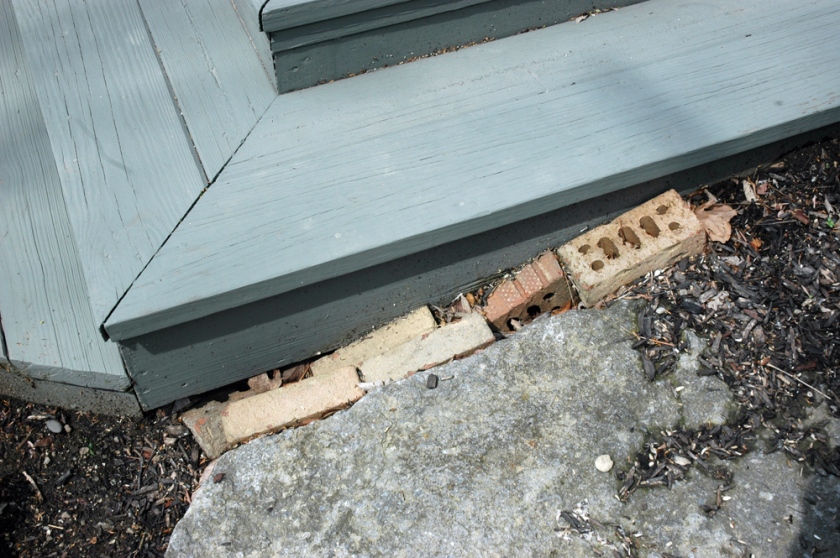 Plugging the hole with bricks was only a temporary fix at best. If the groundhog exhibit at the zoo, that I took my kids to all those years ago where they ran through tunnels and climbed ladders to pop their heads up above ground, was accurate in any way, these animals are perfectly capable of digging new holes. 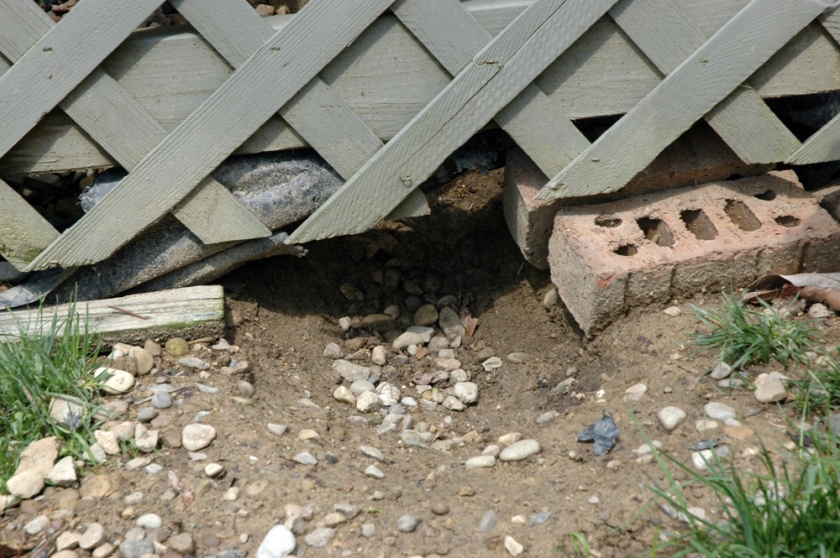 Although my little dog has a moderate ability to dig as evidenced by little treat-bones buried in the mulch throughout our landscaping, I don’t believe he is capable of digging his way into an underground burrow. He is however, capable of using a hole which another animal has so kindly provided. Unfortunately, he apparently is not able to get out as easily as he gets in and we usually find him stuck in this “cage” under the deck. 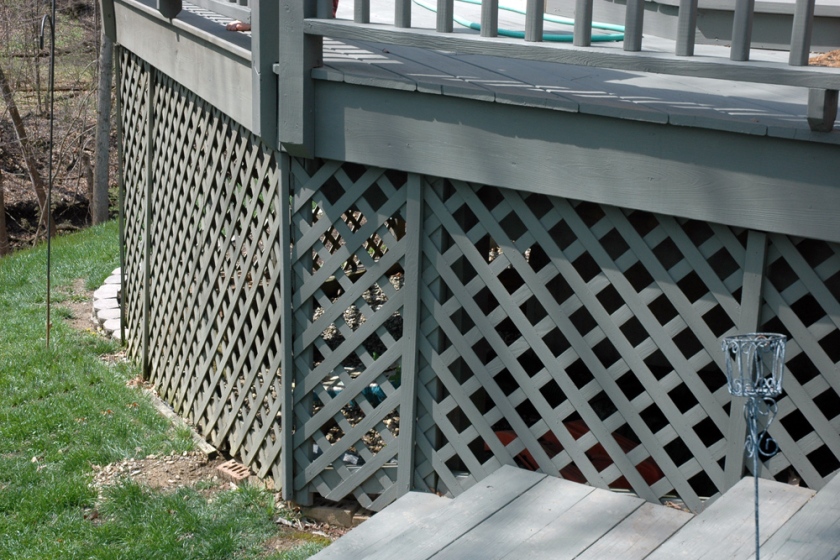 I suspect Arthur is being something of a nuisance to the groundhogs. If they were smart, which apparently they aren’t, they would tunnel their way out of his electric fence boundaries before they surfaced. 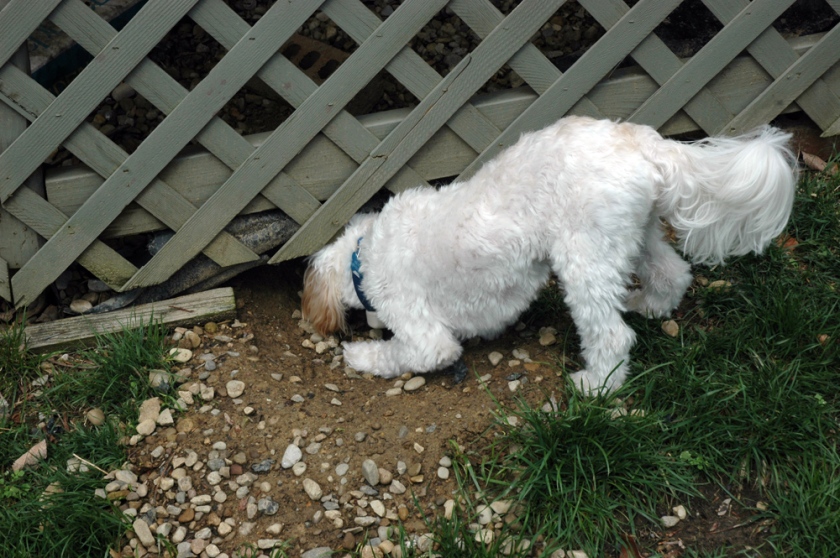 I’m a bit worried that if Arthur takes the groundhog on, it will not bode well for Arthur.

32 thoughts on “Are groundhogs vicious, or is my nosy little dog safe?”