It’s hard not to notice the distinctive round shape of the Cincinnati Museum Center in the old Union Terminal building when you’re driving south on I-75 through Cincinnati.

This structure is considered by many to be an “art deco masterpiece,” (cincymuseum.org).

The Union Terminal was built in 1933 as a train station to provide a solution to the “city’s chaotic railroad system,” (cincymuseum.org). The curved wings on either side were used for taxi cabs and buses moving train passengers into and out of the terminal.

Now the curved wings are used as museum exhibition space. 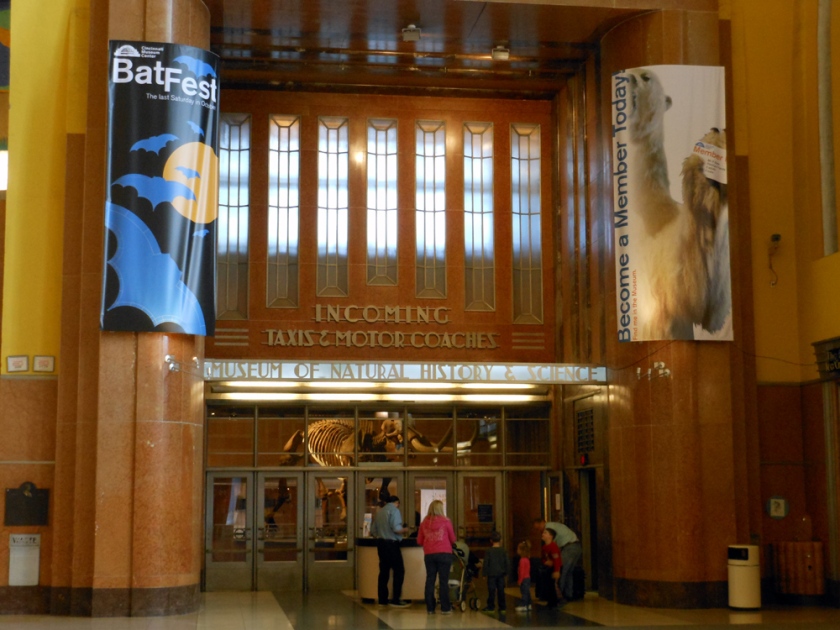 During WWII the Union Terminal was a “major transfer point for soldiers,” (cincymuseum.org). After the war, during the occupation of Germany, my dad came through here as he made his way to Baumholder, Germany, courtesy of the USA army.

By the 1950s, with the growth of interstate and airline traffic, the train business declined to a point where it had halted altogether by 1972.

In the 1980s, the building was briefly used as a shopping center which soon failed. But the Cincinnati Museum of Natural History and the Cincinnati Historical Society banded together to save the structure and give it a useful purpose.

It opened in November of 1990 as the Cincinnati Museum Center. 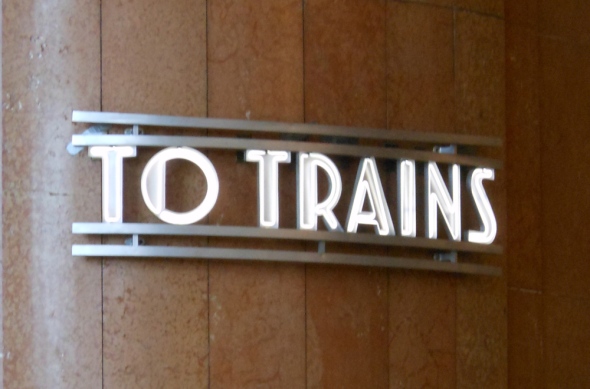 In 1991 train service was restored when Amtrak added a Cincinnati stop to its Washington D.C. to Chicago route.

Duke Energy’s Children Museum joined the other two museums in the center in 1998. 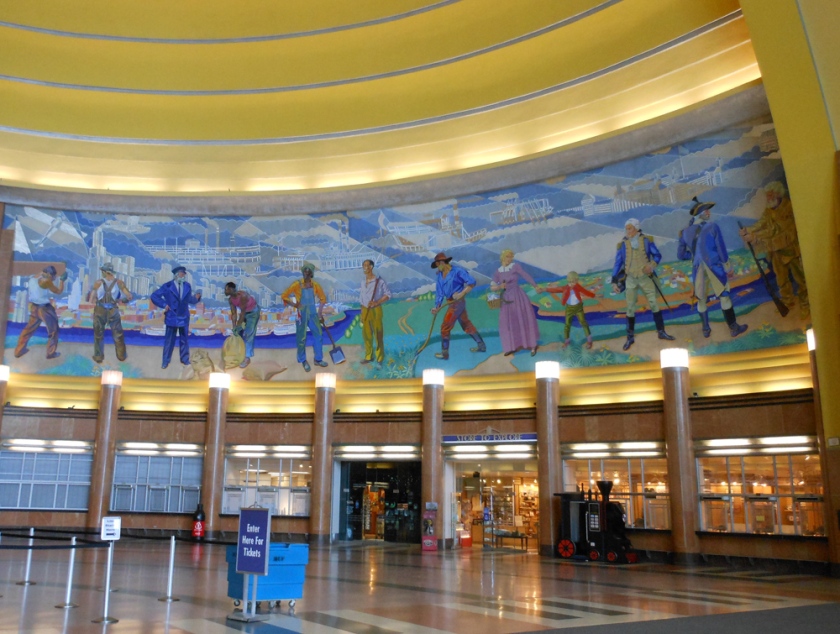 If you’re not impressed enough with the exterior of the building, when you step into the spacious and stunning rotunda with its arcs of silver, yellow, and gold, you will be. 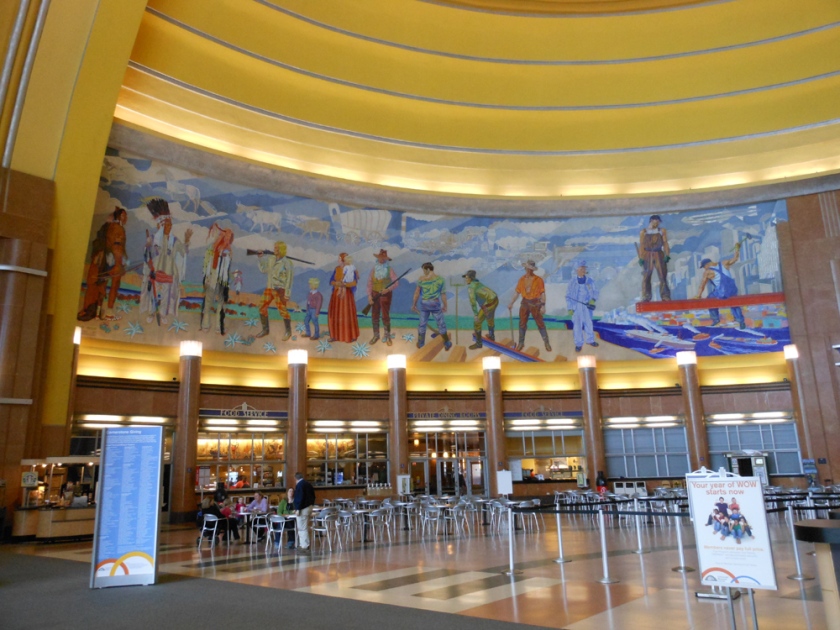 You can see a photo of the entire dome of the rotunda at the Cincinnati Museum Center’s Union Terminal page.

Originally 14 panels of huge color mosaics were created for the concourse and the rotunda. The mosaics installed in the concourse were moved to the airport in the 1970s when the concourse was torn down. They depicted scenes of local industries like P&G and U.S. Playing Cards.

The mosaics were designed by German-born Winold Reiss. The 12-ft foreground figures depict people working in America through the years.

The middle shows forms of transportation.

And the abstract background creates a changing landscape from fields to cities.

Our family has enjoyed many visits to the museums within this masterpiece. Our kid have played with the wooden riverboats along a recreated model of the river in the Cincinnati History museum. They’ve explored a glacier and a cave in the Natural History museum. We’ve seen Omnimax presentations and experienced the Titantic, King Tut’s Tomb, and Cleopatra through the excellent special exhibits the museum center periodically presents. In the next day or two I will be blogging about the Pompeii exhibit Mark and I just went to on Monday. You don’t want to miss it.

The Cincinnati Museum Center is definitely a must-see the next time you’re passing our way.

17 thoughts on “The Cincinnati Museum Center, housed in an art deco masterpiece: the Cincinnati Union Terminal”