The visual beauty of Krohn Conservatory in Cincinnati and its gardens has now, temporarily, been enhanced by musical wind chimes.

Two sets of wind chimes, designed, created, and installed by Mark Joseph Grote now hang on either side of the main entrance to Krohn Conservatory providing a visual and audio element of beauty to an already incredible destination in Cincinnati’s Eden Park. 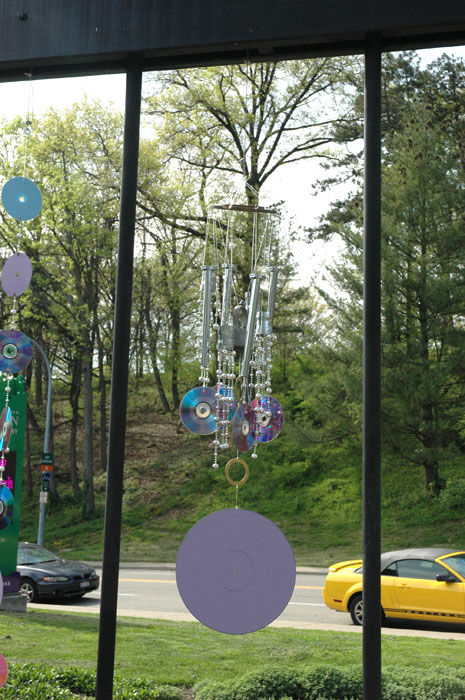 the wind chimes were installed as part of On Wings of Harmony, this year’s butterfly show which will be opening April 21 and running through June 24. (You can see photos of last year’s Butterflies of Brazil show here.)

This is a view of the second set of wind chimes hanging on the left side of the entrance to Krohn Conservatory. 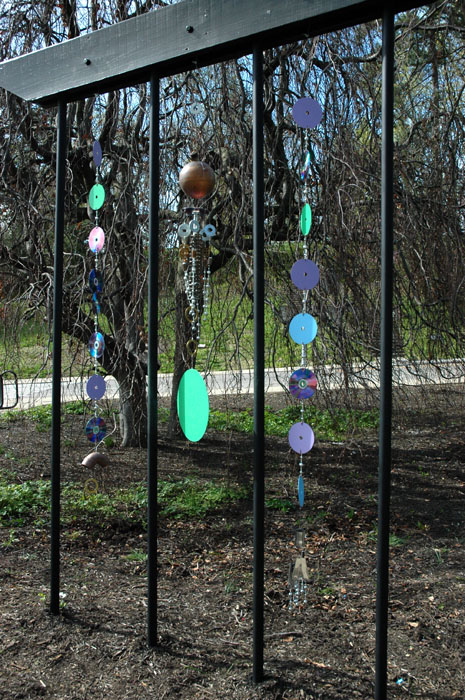 Mark Joseph said that he designed the wind chimes to “make interesting noises” and to “look cool”. 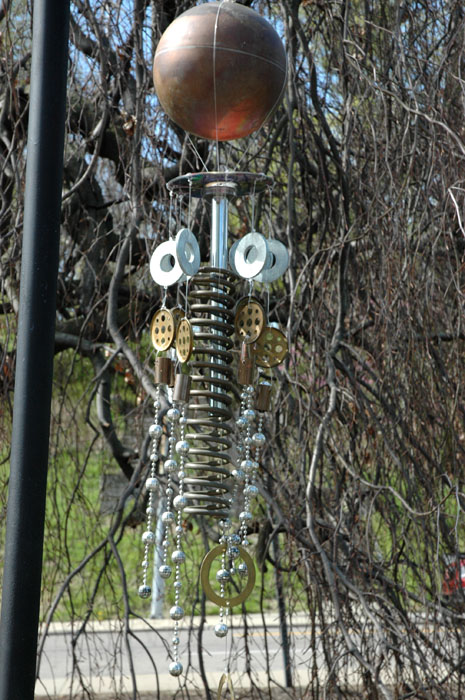 He said that one of the most interesting features of the wind chimes is this spring on the main piece of the left side. When the beads hit the spring they make a little sound that echoes.

Video from the Cincinnati Park Board.

Mark Joseph Grote is finishing his third year in Industrial Design at the University of Cincinnati, and as you may have surmised, is our son. You can see more of his artwork at his Tumblr page,  grotemonster.tumblr.com and a video of him painting free-style here.

More photos of our visit to the Krohn Conservatory later.

19 thoughts on “Wind chimes for On Wings of Harmony”