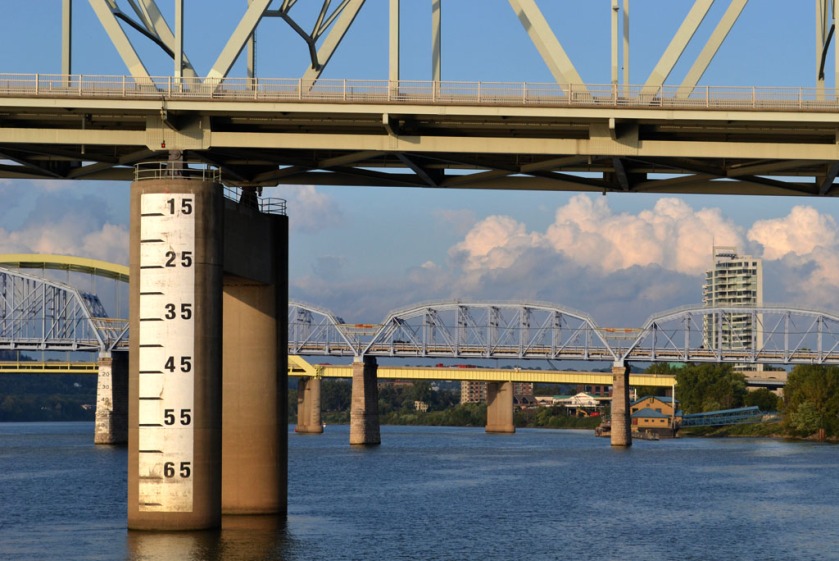 Last night we went on a BB Riverboat cruise on the Ohio River with Scoot and Shoot from the West Chester Photo Club. The minute I stepped on the boat and looked around, I noticed the clouds—they were putting on a show.

It was just before dusk, and to our west, off the back of the boat, the Roebling Bridge and Paul Brown Stadium were becoming silhouettes against the evening sky. 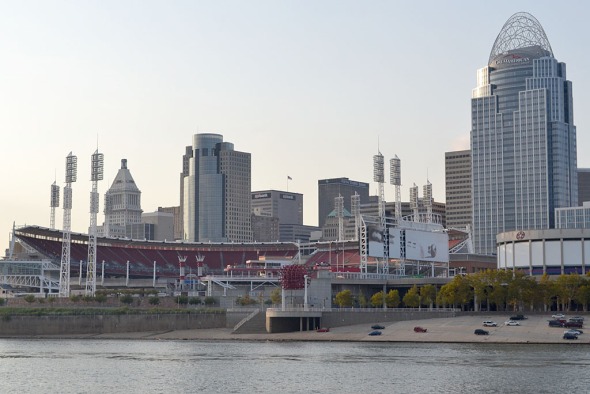 Mark made himself comfortable on the third floor deck, while I shot around for a little while.

The sun started to set behind us, over the Roebling Bridge, 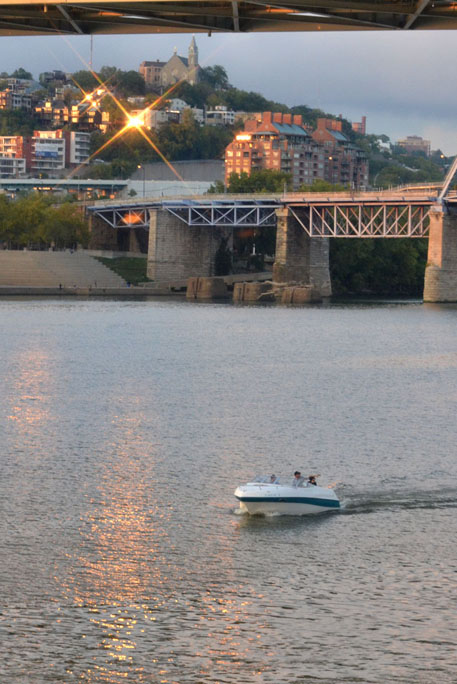 casting its rays up to Mount Adams that sparkled back in reply.

We passed stately church of the Immaculata, a beacon of light and hope from its high perch up on Mount Adams.

The sun behind us began to color the sky,

on the Belle of Cincinnati.

The nearly full moon rose to light the night sky.

Little lights along the hillside road reflected in streamers out across the water.

The curtain of clouds opened to reveal the hilltop buildings as we passed by.

Ahead turbulent clouds serpentined over our path,

yet behind us the sky remained soft and tranquil.

The lights from a little church begged for my star filter, 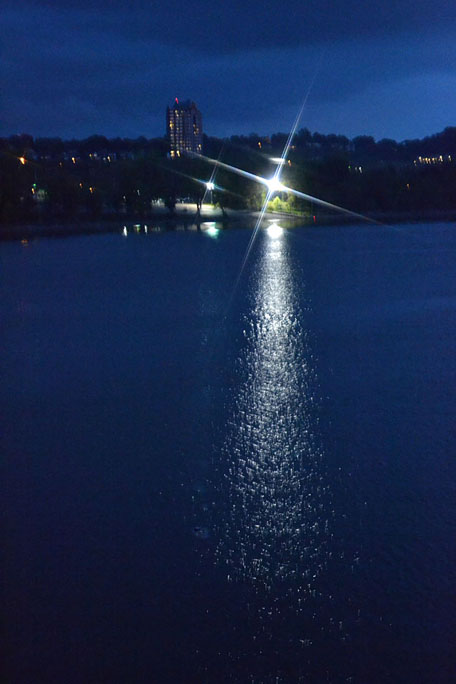 as I captured the light that shined in the darkness.

Sending you the wish that you may always find a light in the dark.