In New Orleans, billboards advertising demolition companies pop up along the roadways and capture my attention. I’ve never seen these signs deep in the heartland of the Midwest where I’m from, far from the hurricane shores.

Just a short drive from the lure of the French Quarter and the glamour of the Garden District, New Orlean’s ninth ward huddles beside the levee, a living and dying reminder of Katrina.

Katrina “x’s” are still visible graffiti on doors and walls, evidence of a search for survivors, victims, for the dead.

The rescuers and home search teams marked the top of the x with the date. Then traveling clockwise around the x, they marked the current hazzards they found within, the number of victims or dead bodies they recovered, and the identification of the search team.

Some home owners have preserved these records, according to one survivor, as a “reminder to all, that man and all his things are fragile in the face of raw nature, and that our lives are fragile and can be changed or taken from us in an instant.” (Understanding the Katrina X)

For the tourist from the midwest, the x’s are grim reminders of the death and devastation viewed over 24-hour news channels when New Orleans’ lower ninth ward, previously little-known, gained world-wide recognition. And sadly so. 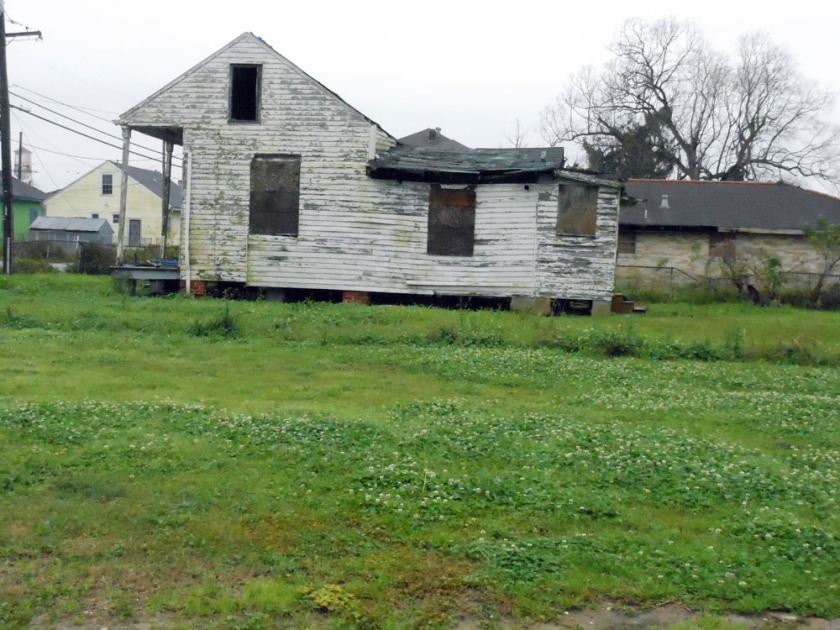 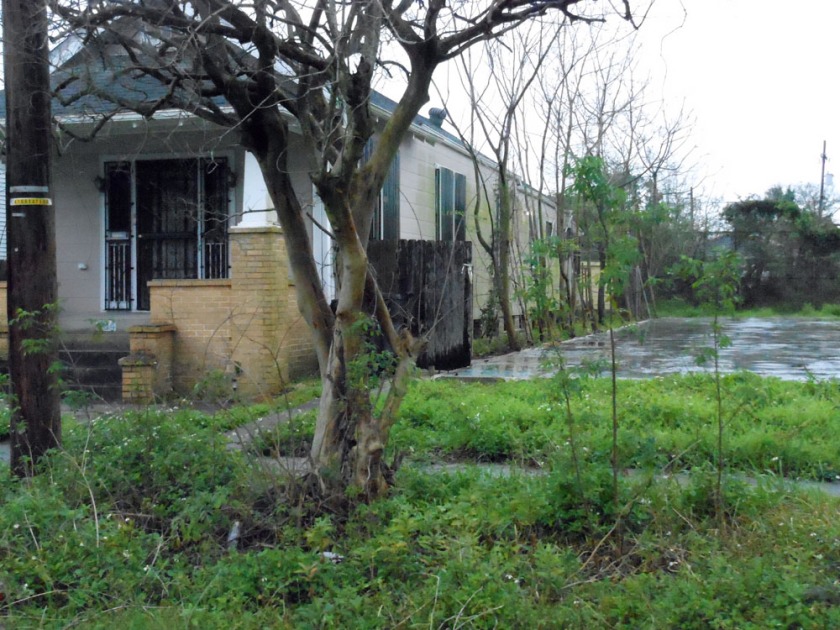 Concrete slabs are evidence of a house that was or a new one that will be. 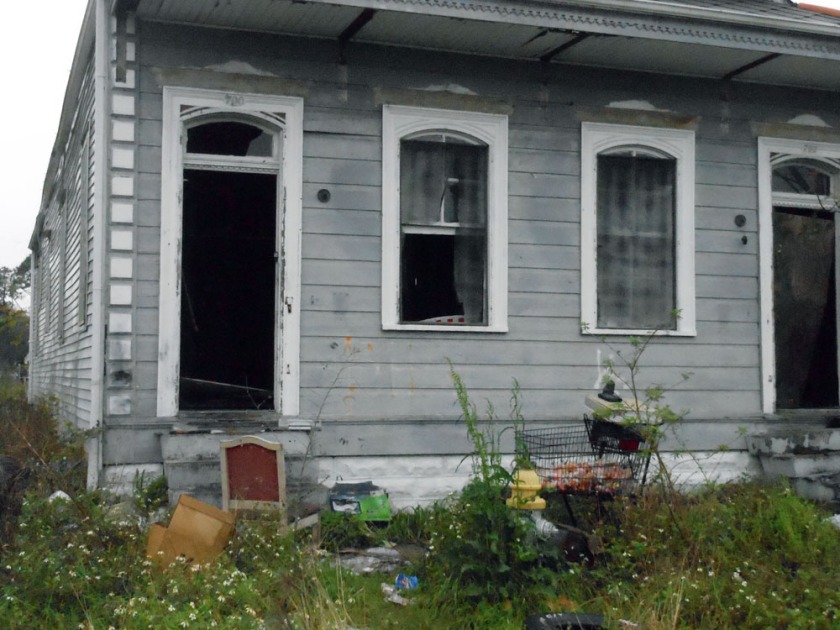 Dark doorframes sans doors, and windows bereft of glass, identify a home as a lost cause, abandoned.

Doors and windows are boarded up. Closed. No entrance here. No sign as to whether an owner will someday return and reclaim. 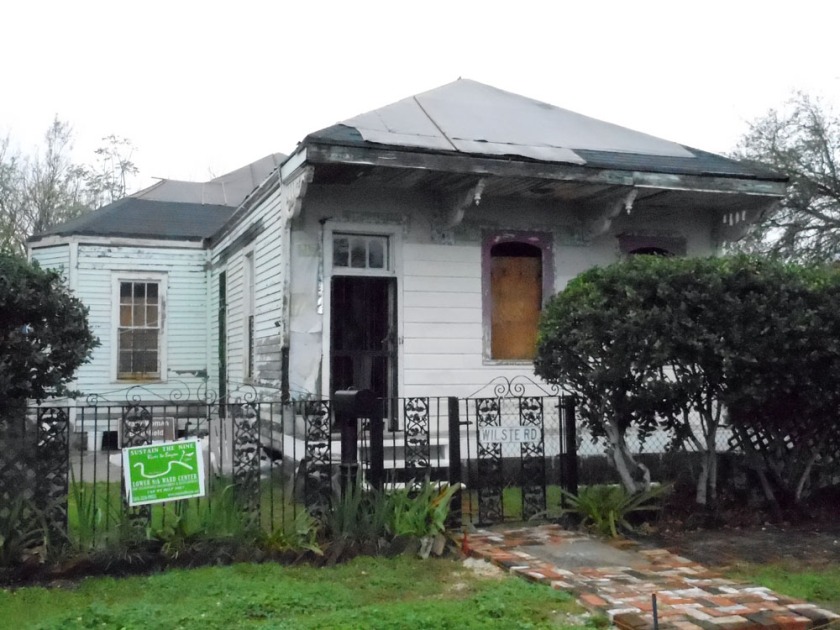 Decorative wrought iron railings guard a disintegrating home that no longer contains a family or possessions that need to be protected.

New homes are being built. The hardy and the strong, those who will not be defeated return and demolish, reclaim, rebuild, and start again.

Various organizations like Brad Pitt’s Make it Right have stepped in to help make it right. And new homes in the devastated area rise like a breath of fresh air.

But the evidence of Katrina remains in the lower ninth ward. The decay is wide-spread and within site wherever you look.

How will this area ever recover? So much destruction in an area with little evidence of the money required to rebuild.

Who are the owners of the homes left to rot? Where are they now?

And why would someone who could afford to buy property choose to buy here, one wonders, with so many reminders of the devastation, destruction, and death, that remain?

I hope for the sake of the courageous residents who would not be defeated that with time the lower ninth ward will reemerge as a solid neighborhood.

There is a lot of work still to be done.

11 thoughts on “The Lower Ninth Ward”