As many of you know, I published my first book, Dancing In Heaven four years ago and just recently released my second book, Where Memories Meet – Reclaiming my father after Alzheimer’s. Some things were easier the second time around and some things have been trickier. Here’s what I’ve learned so far.

With my first book, everything was new. I had to learn about traditional and self-publishing to make an informed decision. I researched and read a lot of opinions and decided on self-publishing at that time. You can read about my thought process here in my series on my experience with self-publishing. It’s a little dated, but I think many things still hold true.

I had to understand what an online “platform” was and how to build one.

I had to learn my way around CreateSpace print-on-demand, and ebook publication through Amazon and Smashwords. This is all in addition to writing, editing, and formatting my manuscript. I learned about the Goodreads author program. I had to create author pages at various online sites. There were a lot of things to learn, decide on, and execute the first time around.

When I take all that into consideration, publishing this second book has been like a cakewalk. But there were a couple of things I didn’t consider initially or learned about the hard way.

The biggest thing I missed was to include a reference to Dancing in Heaven in Where Memories Meet and to update Dancing with a reference to Memories. Once I realized that omission in my marketing strategy, it was easy enough to correct ebooks because I just added the information to my doc file and re-uploaded it to Amazon and Smashwords. It’s a pretty quick process. The print books are a little more complicated and  I really haven’t dealt with it effectively there. But the truth of the matter is that after the initial push of paperbacks, the vast majority of the books I’ve sold have been ebooks. So I’m not too worried about it.

The other thing that proved tricky for me was making sure both of my books, in both of their formats, showed up on my author page at Amazon. You would think that would be a no-brainer, but I had my name as Christine Grote sans the “M” for my middle name as the author of my first book on Amazon. I included the “M” on my second book. So for a brief period of time I was two different people at Amazon. The help at Author Central proved to be quite helpful in straightening out that snafu. I had a similar, different but related, problem at Goodreads and I think I got that fixed by asking someone at the Librarian Group there. Again, very helpful.

Now the challenge becomes how best to publicize these two books. The learning curve never ends. 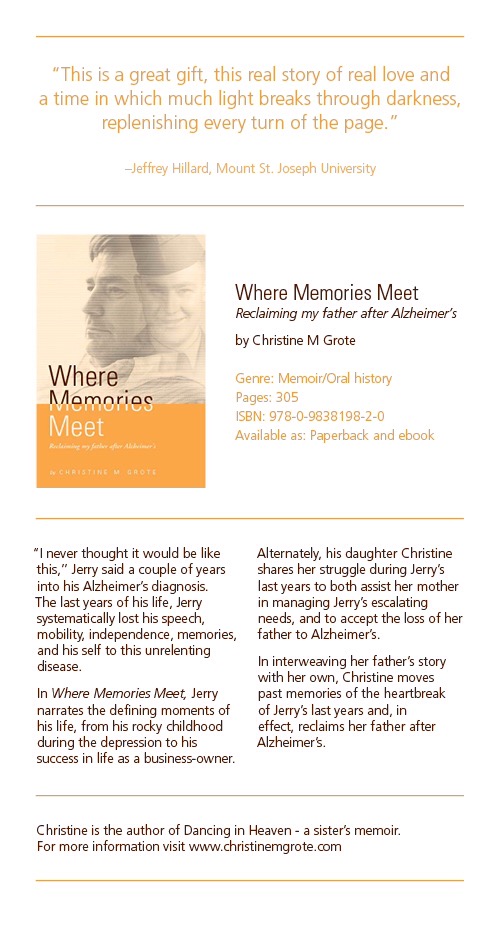